ETW has developed a transportable model cart system for operation in the cold environment.

A model cart to which the model and its support are attached includes the upper wall of the test section, the pressure door (hatch cover) and the instrumentation cabin and forms an assembly which is moved in one unit by the model cart transporter. Two of such model cart assemblies are available to allow rigging work on models and testing to be performed in parallel.

Once the model is mounted on a model cart in one of the Cart Rigging Bays (CRB), the full assembly, including the complete instrumentation and data conditioning equipment, is being checked out in the normal ambient air environment of these rooms. 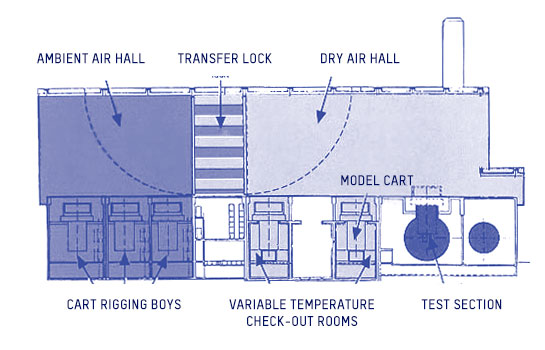 When checkout is completed a gantry crane, the Model Cart Transporter, lifts the whole cart assembly 14m up into the Transfer Hall. This hall is 100m long and consists of two parts, the Ambient Air Hall above the CRBs and the Dry Air Hall below which Variable Temperature Check-out Rooms (VTCR) and the test section are located.

The dry air hall contains ambient temperature dry air whose dew point is being kept very low to avoid frost and ice formation on cold model carts. The two parts of the transfer hall are separated by the Transfer Lock which has two air tight doors and a powerful dry air purging system to enable the purging of all humid air from the model and cart assembly prior to moving into the dry air areas of the facility.

After sufficient purging in the lock, the transporter continues into the dry air hall and lowers the model cart in one of the VTCRs.
The activities that can be undertaken here include: 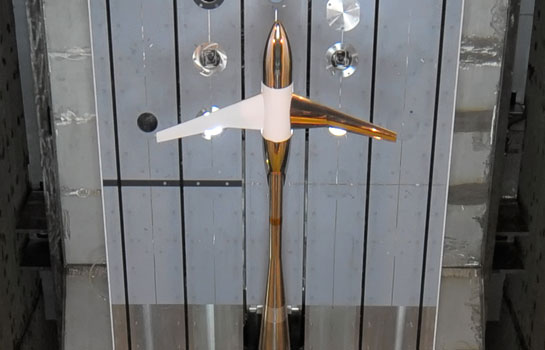 Lowering of Model into Test Section

Finally, the model cart is transported within the dry air atmosphere to the hatch of the tunnel and lowered into the test section, and the test programme is started. Between test runs, the model along with the complete model cart is moved at current test temperature to one of the adjacent VTCRs for model configuration changes. In the meantime, another model having undergone the same preparations on the second model cart and waiting in a different VTCR can be inserted into the tunnel and tested. 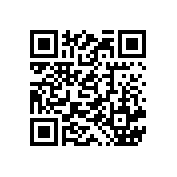