You are here: ABOUT US» Located in the Middle of Europe

At Cologne, ETW is not only situated in the middle of Europe, but is also part of a town well known for its ancient history as well as its vibrant city life of today.

Cologne is one of the oldest cities in Germany, founded in 38 BC by the Romans who called it Colonia Claudia Ara Agrippinensium out of which the name "Cologne" originated. Due to its location on the river Rhine, at the intersection of the major trade routes, in the Middle Ages Cologne became the richest and most prosperous city in the German-speaking world. To this very day, you encounter the city's history at every turn... In the Middle Ages, twelve famous Romanesque churches were built and the construction of the large High Gothic cathedral started in 1248. It was completed only in 1880, still according to the original design and being the highest building in the world at that time. Today the Cologne Cathedral is the city's famous landmark, designated a UNESCO World Cultural Heritage site in 1996.

Cologne is a major cultural centre of Germany and has a bustling arts scene with more than 30 museums and hundreds of galleries. The Cologne Philharmonic Concert Hall is famous for its outstanding acoustics. Cologne also offers an Opera, more than 50 theatres and a range of musicals as well as international sporting events. Other attractions include the University of Cologne, one of Europe’s oldest universities, as well as the city’s Trade Fair Grounds which are host to a number of important international trade shows.

Travellers longing for a rest will discover that Cologne has a special refreshing beer to offer: “Kölsch”. ETW Clients should be aware of the “fifth season of the year” in Cologne – six weeks before Easter, when in public squares and streets the “crazy days” of Carnival are greeted with great indoor and street celebrations.

Cologne and ETW would be glad to provide a memorable setting for a visit not only to its Clients, but also to their customers. 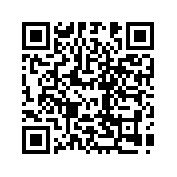